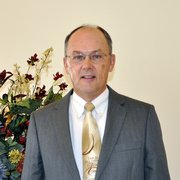 Robert joined the United States Marine Corps at age 17.  He is from the great state of Mississippi.  He was stationed in Jacksonville, NC aboard MCAS New River where he served for 5 years as a Marine and 13 years as a civilian on the CH53E and the MV22 Osprey.

During his time in the Marines he met his wife, Sherri who is from Jacksonville.  Together they have three daughters, Caroline, Grace and Abby.  Robert and Sherri have attended Tar Landing since 2002.